For those who are looking to lay down roots in Thailand – particularly with children – the issue of international schools inevitably arises. Many parents with bilingual and dual citizenship children often look to educational options that allow their children to receive a level of education similar to what they would receive in the west.

What is an International School?

For this article, were are focusing on those schools that have elementary and secondary schools and are based in and around Bangkok. A complete list of accredited schools in Thailand is available at International Schools Association of Thailand (ISAT) website, but at present, this stands at 128 schools

According to official guidelines, an international school requires a minimum threshold of non-Thai citizens to be enrolled, however this has been difficult to enforce. As such there are many schools which brand themselves as ‘international’ and who’s curriculum is taught in (mainly) English with foreign teachers but with few or no expatriate children attending. 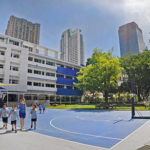 running international school in Thailand is the  International School Bangkok (ISB) which was established in 1951. The school was primarily set up to focus on the needs of the American expatriate community at the time.


In 1957, Bangkok Patana School (BPS) opened. This time the focus was those children more aligned to the British teaching system. Another long running school is the Ruamrudee International School (RIS), which had an affiliation with the Catholic Church.

These international schools remained the focus of education for expatriate children until 1992 when ISB relocated to northern Bangkok (to Nitchada Thani estate near Chaeng Wattana) and families, mainly associated with the UN, lobbied the government to open New International School of Thailand which was the predecessor to NIST International School.

In 1992, the government allowed Thai students to attend international schools for the first time, leading to a proliferation of privately run international schools in Thailand as Thai parents looked beyond the traditional Thai education system to provide their children with a competitive advantage in the educational stakes. Previous to 1992, only expatriate children were allowed to attend.

Fees vary widely in Thailand for international schools.  There is generally a refundable capital fee and a one-off non refundable admission fee for when a child is enrolled.

The list below outlines the base fees in 2019/20 for some of the most popular international schools in Bangkok (nursery to yr. 12/13).

These fees are also generally exclusive of other costs, such as meals, uniforms, transport and extra-curricular activities. They are also exclusive or registration and non-refundable establishment and admission fees.

The benefits for enrolling in these international schools falls into two main categories. Preferential enrollment and fees discounts.

In the more popular – ‘top tier’ – international schools (NIST, ISB and Bangkok Patana), the proportion of Thai passport holders is thought to be kept around 20% to 30% of the total school enrollment. This is to enable to the school to be seen as truly ‘international’ with a diverse and truly global student cohort.

These children are generally expected to have strong English speaking backgrounds already. Nevertheless, the demand for spaces under this quota is high, which can means most children with only Thai passports will miss out due to limited places.

Having a second passport is a valuable asset in this case, as it allows the school to enroll the child under the non-Thai quota and this normally means much shorter waiting lists. Nevertheless, for these ‘top tier’ schools, spots are generally limited across the board, so dual citizenship children with weak English language skills have been known to be rejected in preference of those with a stronger English foundation.

For ‘second tier’ schools, the problem is different. Thai parents favour these schools given the difficulties enrolling in NIST, Bangkok Pattana or ISB, however this leads to an over representation of the cohort of Thai students versus their international brethren.

As such, in the case of some of the schools with a high proportion of Thai students, the admissions departments have been known to provide substantial discounts or waive the admission fees for children holding western passports.

Fees, as can be seen above, aren’t cheap. On top of that, international schools can generally be split into three tiers, low, mid and high tier schools.

The low tier schools an expatriate parent would find difficult to justify sending their child. Though they are legally accredited by the Ministry of Education as ‘international schools’, one will often find that they often cannot afford well qualified Western teachers, or look to hire westerners with little or no background in education. Facilities will tend to be poor, and the overall educational experience will be sub-standard to a state/public school in the west. Though the syllabus is generally in English, the vast majority of students are Thai, with little grounding in English. As a result, their studies and abilities in both languages suffers hugely.

Schools in this category vary widely. Approaches, the quality of staffing and facilities will differ greatly. At the end of the day, an education at these schools will be at least equivalent to a standard public school education in the west – though there are many that exceed this. Though there is no formal categorization based on our observations and conversations over the years the schools which seem to fit best in this category are the following Bangkok schools.

The difference between a mid-tier school and a top tier school is mainly ownership structure of the school, whether they are for-profit or not-for-profit.

While these mid-tier schools provide good to excellent levels of education and do provide students with the platform to attend universities around the world, their for-profit status keeps them from really being able to be classed as ‘top-tier’ schools.

Teachers and administrators at these schools have consistent criticisms across the board, chief of which is micromanagement from owners over-ruling professional administrators. At other schools the for profit motive leads to the failure to maintain the facilities, investment in educational standards of the usage of funds to focus on style over substance to bring in parents who are attracted to this.

One could argue that the following schools are at the top end of the ‘Mid Tier’ category, a segment which has become increasingly competitive and popular in recent years:

Shrewsbury and Harrow possess immense capital resources and are favored by extremely well to do Thai families. Shrewsbury is known as being highly academic which suits some, but not others. The teaching at these schools is considered to be at a high level but intense focus on academics and the lack of diversity in the student population can be an issue for some parents.

St Andrews and Bangkok Prep in recent years have also successfully raised their profile amongst both Thai and Western families looking for quality educational alternatives. However their for-profit status means that the structural issues of owners vs professional educators remains.

Similarly, the Lycée Français is a well regarded school with a reasonable fee structure and which maintain a genuine multi-lingual and diverse student population.

Finally, Ruamrudee, which is one of the original international schools in Thailand, has seen its status fade over the years due to management issues and losing out on expatriate students to the current top tier schools which we outline below.

There are only three real top tier international schools in Thailand, all located in Bangkok.

All of these schools each possess both monetary and community resources that surpass most schools – anywhere in the world – with budgets running into the high hundreds of millions of dollars per year.

Importantly however, they are all not-for-profit. The implication of this is that the schools are run by independent professional management overseen by professional boards with representation elected by the parent community. Student retention rates at these schools are extraordinarily high, in excess of 90%, with a good ratio of Thai to non-Thai students. NIST International School for instance caps its Thai national intake at 30% of the entire school population, and they ensure that there is a fair representation of all nationalities.

Other things being equal, ISB, Patana or NIST generally float to the top of parents lists of schools where to send their kids in Bangkok. Their not-for-profit status and governance mean these schools can hire and retain the leadership, staff and resources that allow them to compete with other top schools globally. Based first hand information I’ve heard, their budgetary ‘surpluses’ are kept around the 2% to 5% range – as opposed to some of the ‘for-profit’ schools who’s margins can extend into double figures.

ISB as mentioned, is based on the US curriculum while Bangkok Patana follows the British system. NIST on the other hand is exclusively based on the International Baccalaureate (‘IB’).

Given these differences, as well as locations (inner city vs outer Bangkok suburbs) the best choice for a child would ultimately be based on factors other than quality and would require parents to visit the school to decide which school is likely going to be the best fit for the child. 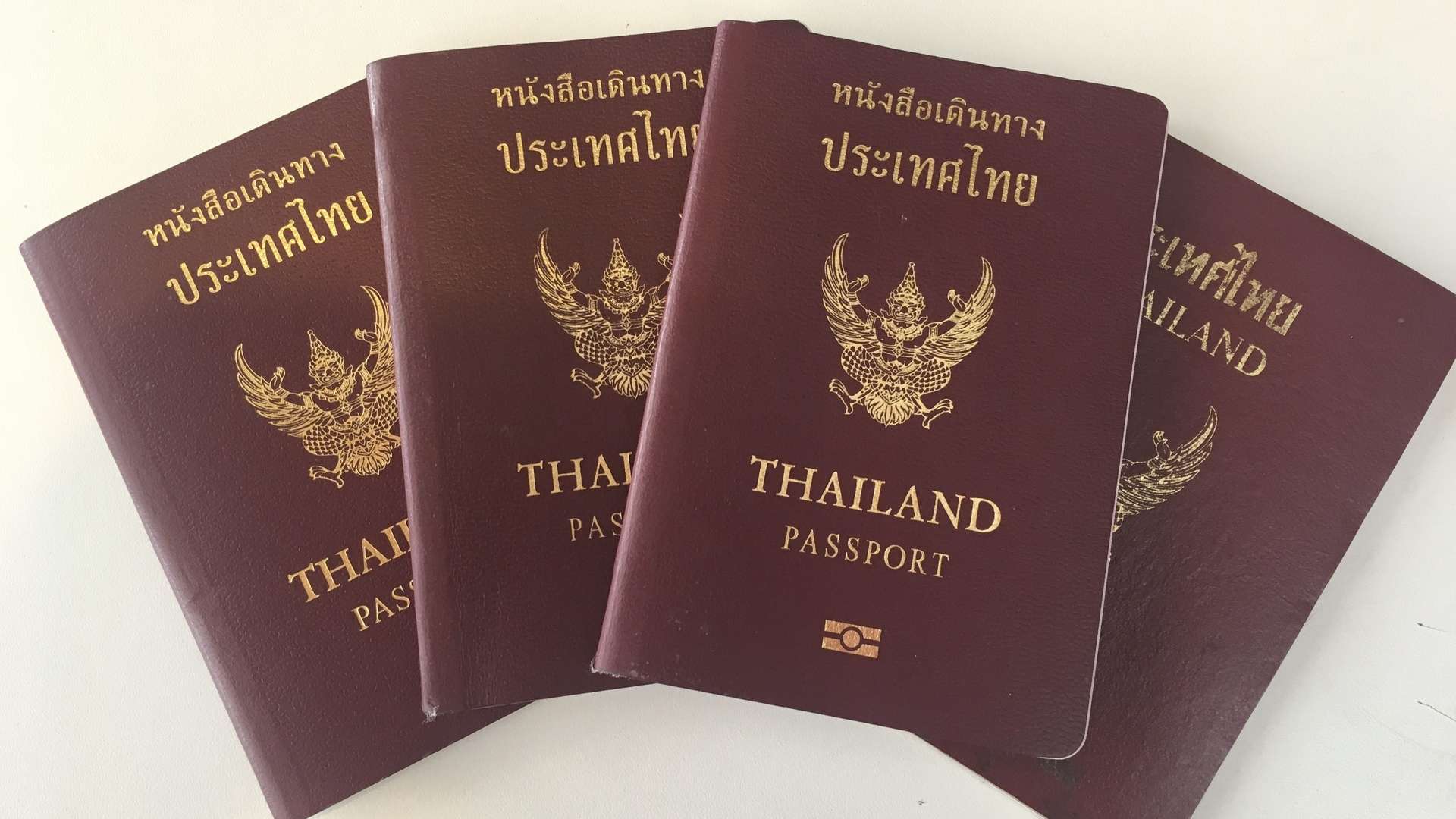